This Month in OA History: August

This year marks the Order of the Arrow's 108th August and there have been many significant developments in the intervening years since 1915. For example, did you know that U.S. President Franklin Delano Roosevelt was an honorary Arrowman? Or that the original ceremonial site is still in use at the Summit Bechtel Reserve? This August, we remember the legacy of those who have come before us. We celebrate milestones that have helped our Order become the brotherhood it is today.

Aug. 13, 1915: The first summer season of the Order of the Arrow concluded with a final ceremony where six youth were selected to be inducted. This marked the successful end of the summer, where the Order welcomed a total of 23 youth and two adults.

Aug. 6, 1919: Howard Seideman became the fourth Arrowman to keep their vigil and the first kept by an Arrowman who was inducted as a youth. He later served as the third lodge chief for Unami Lodge One. He was given the vigil name Papesu, interpreted as "The Patient." 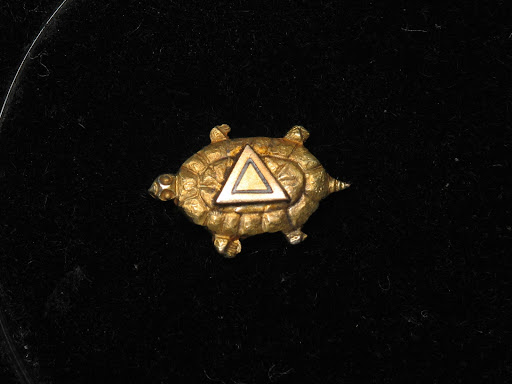 Aug. 26, 1927: Thomas Cairns kept his vigil and was presented the vigil name Achigiguwen, which was interpreted as "To Be Jocular." Cairns served as the ninth grand lodge chieftain (national chief), first vigil secretary, and an inaugural recipient of the Distinguished Service Award (DSA). He was responsible for introducing Vigil Honor certificates and negotiating the acceptance of the Order of the Arrow as an official BSA program.

Aug. 23, 1933: President Franklin D. Roosevelt was inducted into Suanhacky Lodge as a First Degree member (now Ordeal Honor) at Camp Man. This was organized by the BSA national leadership in gratitude for his help in securing the funding and land needed for the Ten Mile River Scout Reservation in 1924 when he served as the president of the New York City Boy Scout Foundation. 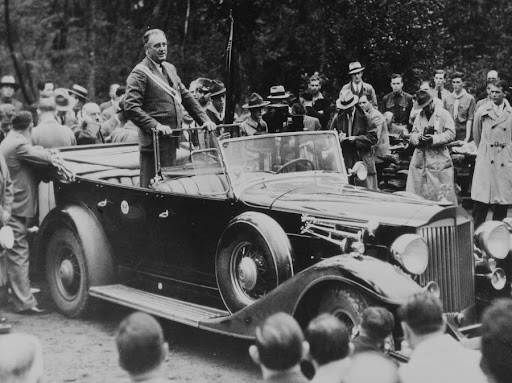 Aug. 27, 1948: Frequent national gatherings of Arrowmen were a cornerstone of the organization since the beginning, but on this date, the first National Order of the Arrow Conference (NOAC) convened. The difference in naming was not the only monumental change. This was the first national event with an official patch, over 1,000 attendees, no national officer elections, and hosted at a university.

Aug. 25, 1958: NOAC has always been open to all Arrowmen, but 1958 was the first year delegates represented every state. This conference was the third national event to have a theme.

Aug. 20, 1973: Before Arrowmen gathered for NOAC, they met in Anaheim, California, for OA Day at Disneyland. This is only the second time there was an officially planned side trip for contingents on their way to a national gathering of Arrowmen.

Aug. 18, 1979: Founder E. Urner Goodman had attended every national meeting and gathering except for one—a record-setting 29 events—since the Order's founding. However, due to his age, NOAC 1979 at Colorado State University was his last NOAC. On Aug. 18, he gave his closing challenge to the assembled Arrowmen one final time.

Aug. 20, 1995: The four-day Philmont Retreat was held to celebrate the conclusion of the first summer of OA Trail Crew. Over 400 members learned about ceremonies, quality program development, and showmanship. While there, Josh Feigelson and David Clark were formally invested as national chief and vice chief, respectively.

Aug. 16, 1997: The Arrowmen of the OA Trail Crew program completed their first trail at Philmont Scout Reservation after three years of hard work by 595 Arrowmen. The Vaca Trail, nearly 17,000 feet in length, was officially open for Scouts.

Aug. 5, 1998: The OA goes online! As the world prepared to enter the 21st century, so was the Order of the Arrow. At the conclusion of the NOAC and seeing the success of a conference website, the national committee announced that the OA would use a website year-round to convey pertinent information to its members.

Aug. 2, 2008: President George W. Bush formally recognizes National Chairman Brad Haddock and other national and site leadership for the successful execution of ArrowCorps5. After five weeks of service provided around the nation, ArrowCorps5 came to a dramatic close. Over a thousand Arrowmen and U.S. Forest Service personnel spent the previous week at Bridger-Teton National Forest in Wyoming, creating 12 miles of multi-use trails. 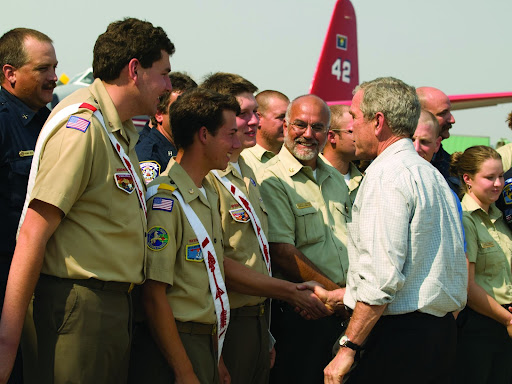 Aug. 2, 2014:  When Treasure Island Scout Camp closed, the ceremony ring—where the first Ordeal ceremony was conducted—was airlifted to a new home at the Summit Bechtel Reserve. During the dedication of the Summit Circle, the national officers reenacted the first Ordeal ceremony. This was the concluding activity at The Advance!, a national meeting in preparation for the Order’s centennial.