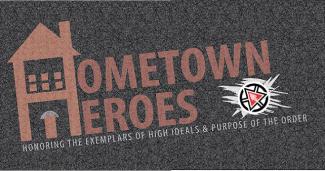 For nearly 100 years, the Order of the Arrow has purposefully recognized Scouts and Scouters who best exemplify the Scout Oath and Law in their daily lives. Therefore, our organization’s centennial provides a unique opportunity to commemorate those among us who are exemplars of the “high ideals and purpose of the Order of the Arrow.” The Centurion Award aims to highlight “Hometown Heroes,” or Arrowmen who have meaningfully contributed to the forming, maturing and ongoing operational excellence of their local council’s lodge, and who, in doing so, inspired others to follow in their footsteps.

This award is a one-time recognition associated with the centennial anniversary of the OA that is bestowed by the national Order of the Arrow committee. It is modeled after a similar program in the BSA’s 100th anniversary celebration, the 2010 National Hall of Leadership. Accordingly, this recognition is an opportunity to highlight lodge development over the last century and the many individuals, both youth and adult, who were instrumental to this success. These honorees will serve as exemplars of leadership, modeling to others a commitment to cheerful service as the Order of the Arrow enters its second century.

From October 1st, 2014 to February 28th, 2015, Lodge Key 3s can submit their respective lodge’s Centurion nominations to the national office. Some lodges have already submitted their Centurions for approval, while many others have started forming “selection committees” that convene to sift through their lodge’s unique history in order to recommend key local leaders who are exceptional nominations to their Lodge Key 3.

How can you honor your lodge’s Centurions after their nominations have been approved? There are a variety of opportunities for Centurions to be recognized, at the local, regional and national levels.

Second, a digital publication on the national OA website chronicling the stories of each of these Arrowmen will be published. Each entry will include a photo of the Centurion in service, a listing of the lodge, council and hometown, as well as an anecdote provided from the nomination on this Centurion’s unique exemplary service to the lodge. This publication will be made available after all nominations have been submitted, but before the 2015 National Order of the Arrow Conference.

Third, during ArrowTour, part of each region’s static display will be reserved in order to recognize local Centurions from that particular geographic area. Finally, lodges are encouraged to recognize their Centurions at appropriate lodge or council functions. Such examples include the lodge’s annual holiday banquet.

To successfully support your local council’s lodge in recognizing its “Hometown Heroes,” carefully consider nominating Arrowmen who have selflessly exemplified the ideals of brotherhood, cheerfulness and service and passionately devoted themselves “to help other people at all times” and meet the needs of others. Upon entry into the OA’s next century of service, these Centurions will serve as a hallmark and ardent reminder of our Order’s commitment to cheerful service. All Arrowmen are encouraged to recommend potential nominations to their Lodge Key 3s beginning today.